Bristol Pound is a local complementary currency, created to promote and support local businesses in Bristol. Users are encouraged to convert their currency into the local form, with the promise of exclusive deals and promotion, which in turn makes sure the money stays in the city.

The previous Bristol Pound app was cumbersome and unintuitive, gathering negative reviews on the App Store and low engagement from users. For this project, the main goal was to help users make payments to businesses as quickly as possible, solving the main criticism from past versions.

Due to technical constraints, users had to manually pick which businesses they wanted to send a payment to, so that they could show a receipt at the till. To circumvent this limitation, I opted to create a design that was centred around a map, automatically pointed at the user’s location, highlighting supporting businesses that are closest to the individual. This means that instead of searching for particular keywords, the closest businesses would be automatically surfaced, simplifying the identification process to a single tap.

Other features such as filtering, smart searching and categorised transaction history were also designed, offering a more well-rounded product that provides value beyond what’s possible for physical users.

Designs were made with older smartphones in mind, with an emphasis on performance, and developed to be compatible with iOS and Android devices. The app was launched after a brief development period and has gathered positive feedback. 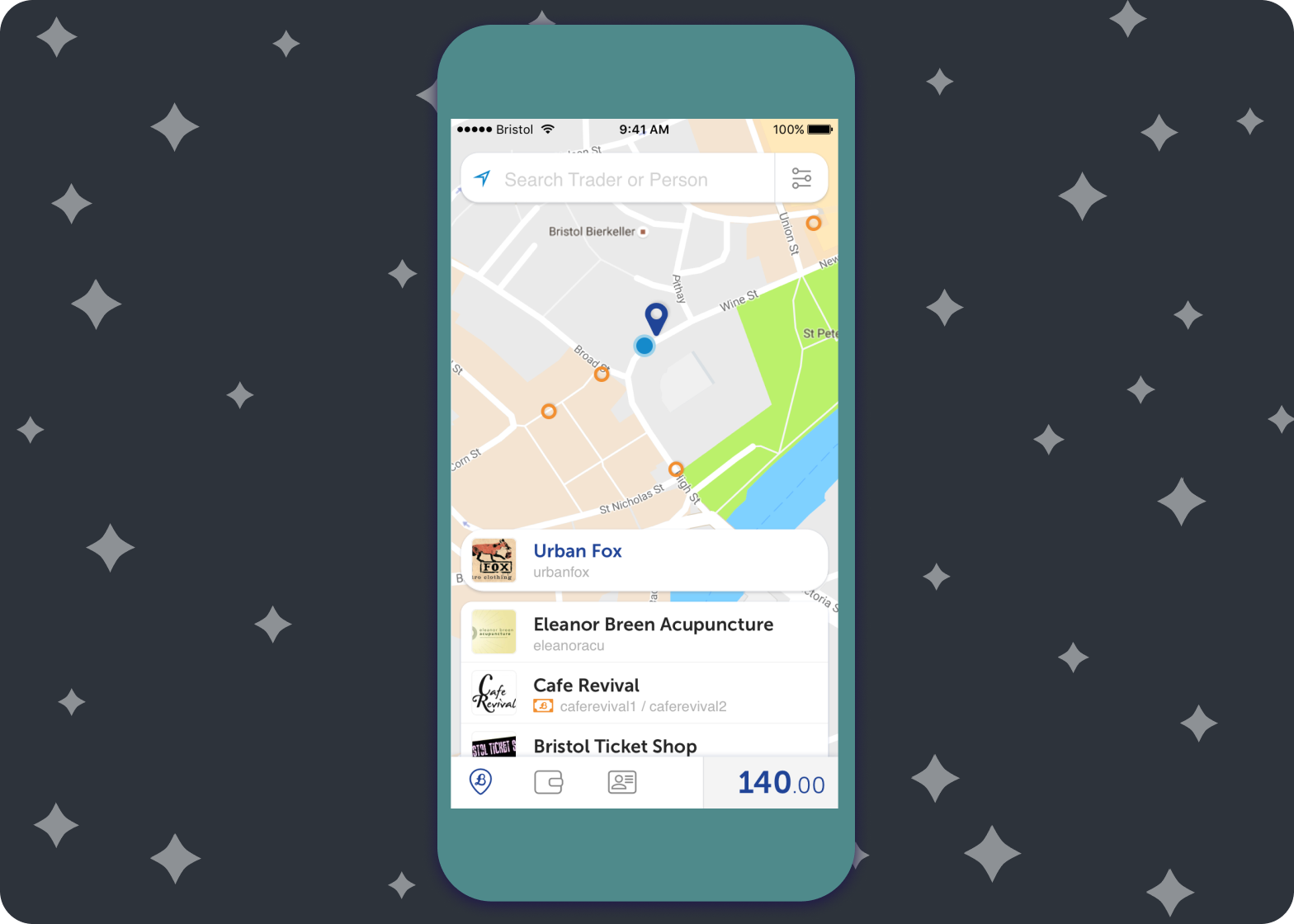 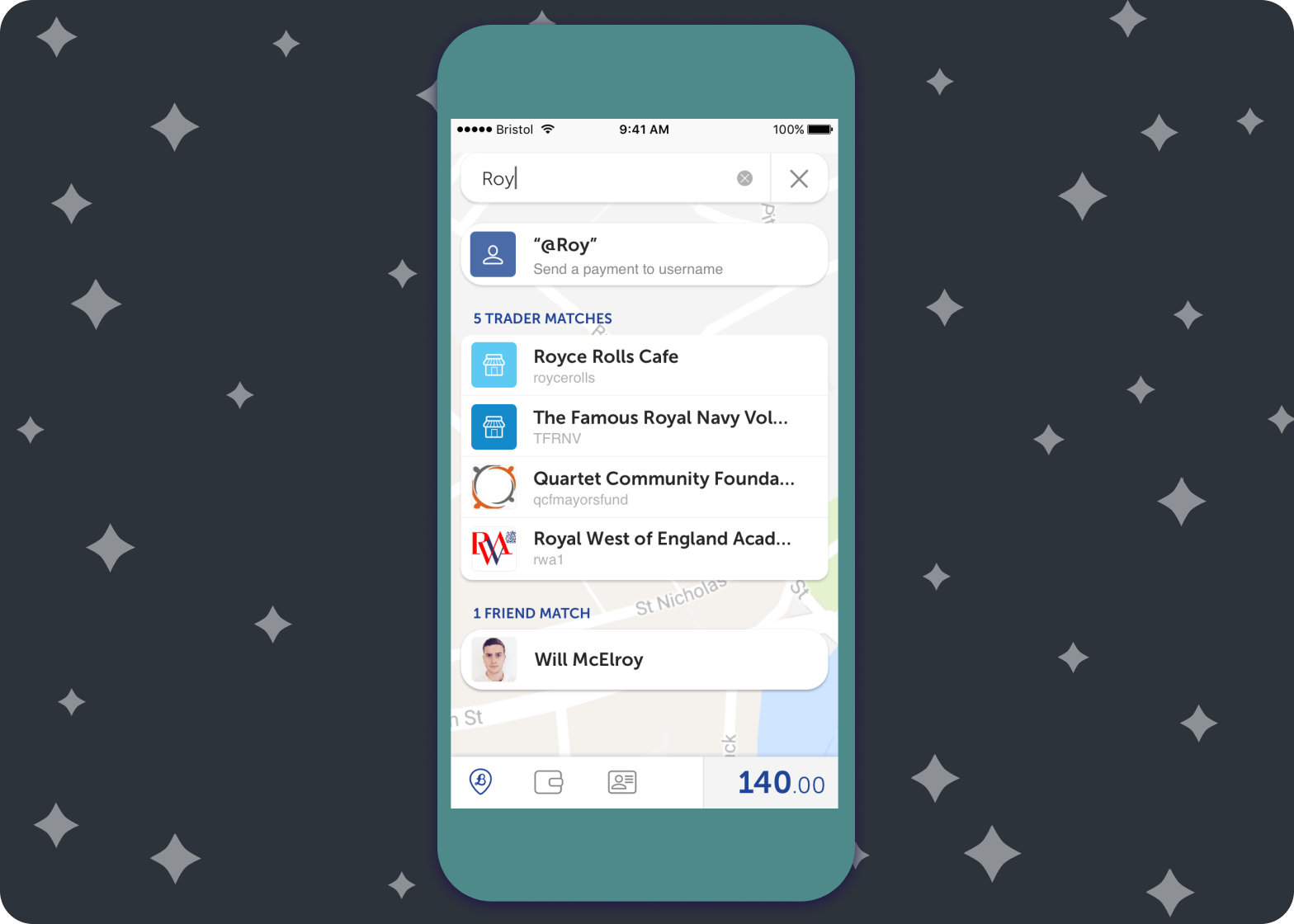 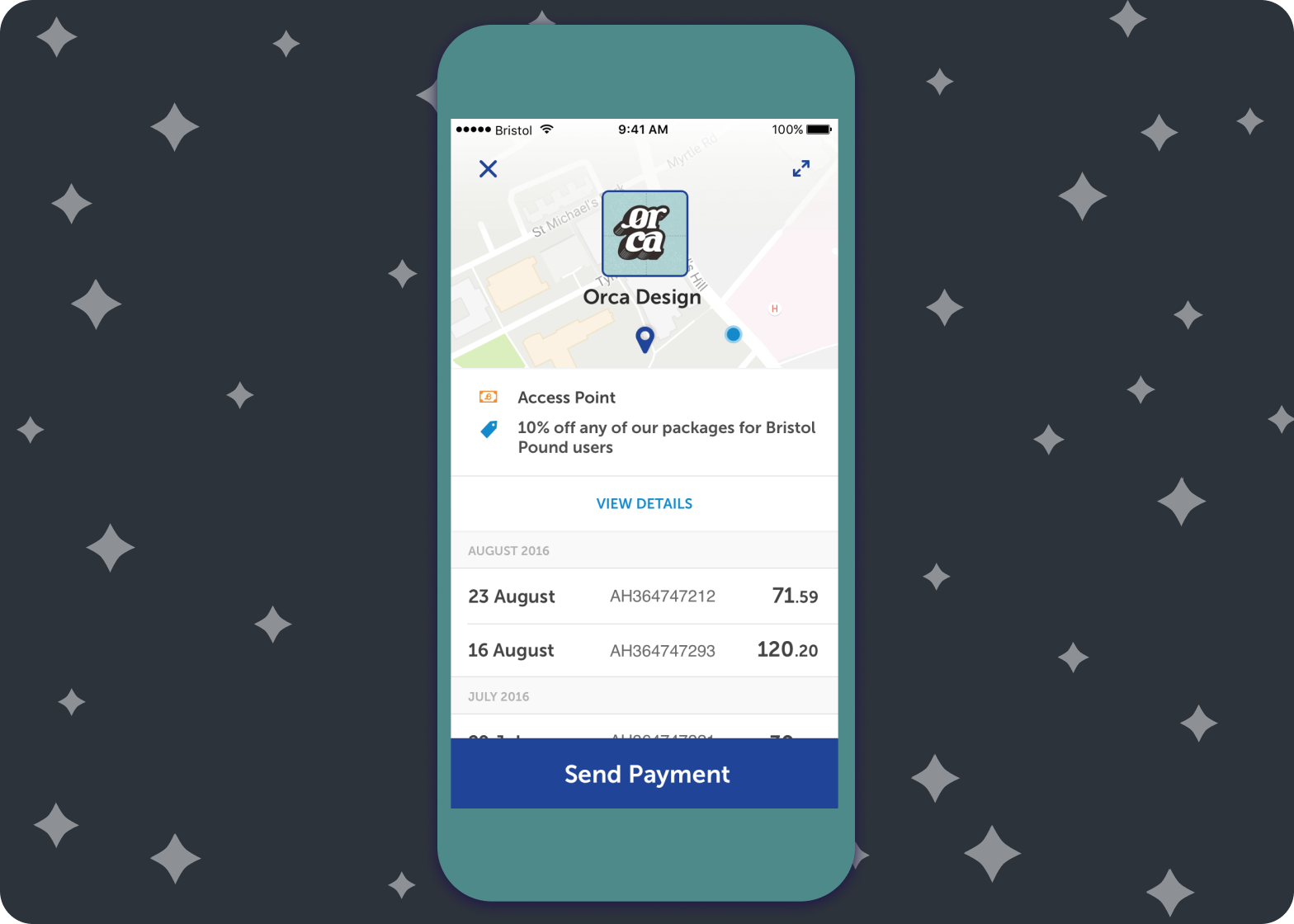 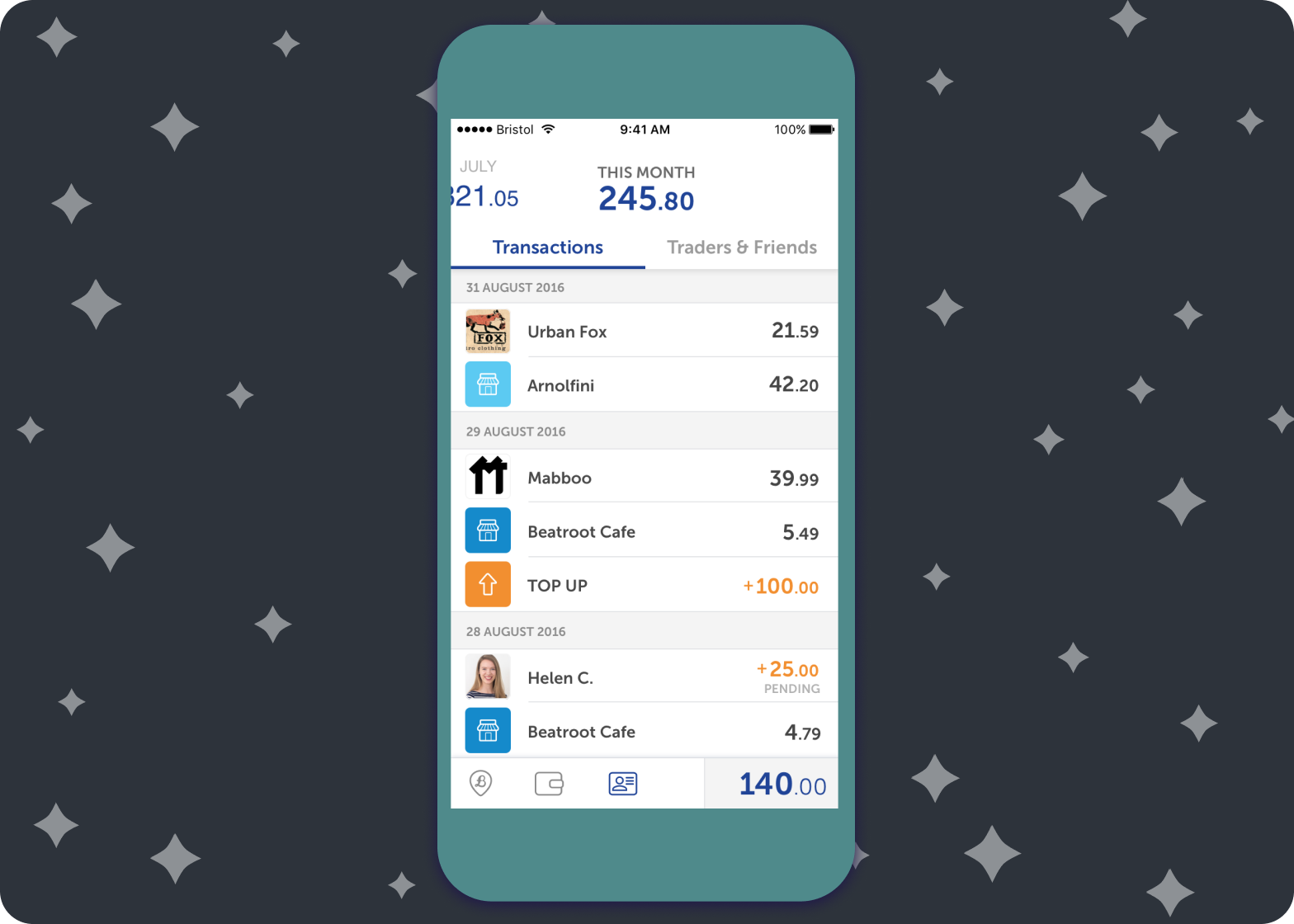